The coveted Sword of Honour at the Passing out Parade for the Spring Term 2020 of the Indian Military Academy, Dehradun, held on 13 June 2020 (Saturday) was awarded to Battalion Under Officer, Akashdeep Singh Dhillon from Punjab, while the Gold Medal for standing first in the order of merit was bagged by Academy Under Officer, Shiv Kumar Singh Chauhan.

The silver medal for standing second in the order of merit was presented to Academy Cadet Adjutant Sakshyam Rana, with the Bronze Medal for standing third going to Senior Under Officer Suraj Singh.

All these cadets are from the 146th Regular Course. Dhillon is an alumnus of the Sainik School, Kapurthala, and has been commissioned into the elite Parachute Regiment, while Chauhan, an alumnus of the Rashtriya Military School, Bengaluru, has joined the Gorkha Rifles. 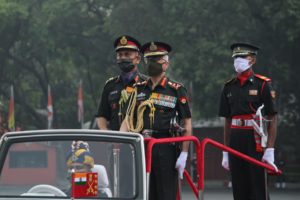 The Chief of Army Staff Banner was awarded to Alamein and Sinhgarh Company for standing overall first amongst all 16 companies into, which the academy cadets of the Spring Term 2020 were divided.

The awards were presented by Chief of the Army Staff, Gen Manoj Mukand Naravane, who was the reviewing officer of the parade. 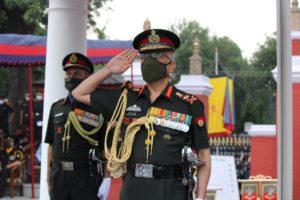 A total of 423 Gentlemen Cadets of both the aforementioned courses, including 90 cadets from nine friendly foreign countries passed out from the portals of the IMA overcoming all challenges posed by the outbreak of the COVID-19 pandemic.

Among Indian cadets, the Infantry bagged the lion’s share with 117 new officers followed by the Artillery with 62 and the Engineers with 29 new entrants. With 48 cadets, Afghanistan had the highest representation among the foreign countries followed by Tajikistan with 18 and Bhutan with 13 cadets. 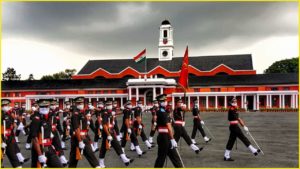 Haryana had the second-highest number of cadets while Punjab had the fourth highest amongst all states in the country.

Out of the total of 333 Indian cadets who were commissioned as officers today, 39 are from Haryana and 25 from Punjab.

With 66 cadets, Uttar Pradesh tops the list. The third slot is shared by Uttarakhand and Bihar with 31 cadets each.

This year, the passing out parade, one of the most cherished moments in an officer’s career, was held without parents, siblings, and friends of the cadets because of the restrictions imposed due to the COVID-19 pandemic. 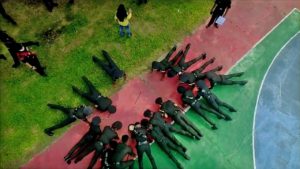 In yet another departure from the convention due to the prevailing circumstances, the cadets have not got any leave to go home after completion of their training but will proceed directly to join at their respective place of the first posting in the Army.

This leave period is generally between 2 and 3 weeks.

The entire ceremony was conducted with due precautions, including wearing face masks and gloves.

The drill formations adapted to maintain increased distance between the files and columns while marching.

In many ways, this passing out parade has been one of its kind amongst peer institutions across the world as each adapted itself to prevailing COVID-19 environment.

Battalion Under Officer, Akashdeep Singh Dhillon has been awarded the prestigious Sword of Honour at Indian Military Academy passing out parade held on 13 June 2020 in Dehradun. He has been commissioned as a LIEUTENANT in the Parachute Regiment.