Priya Jhingan is an Indian Army officer from the first batch of 25 lady officers who was commissioned in the Indian Army in 1993. Jhingan was cadet number 001 at the Officers Training Academy in Chennai. 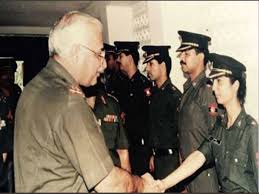 Her request was accepted in 1992 and, commissioned in the Indian Army after her training at the Officers Training Academy in Chennai. She started her OTA training from 21 September 1992 along with other 24 lady cadets. She received her short service commission on 6 March 1993. Her request to join the infantry division was rejected by the army top brass and is a law graduate she was offered to join the Corps of Judge Advocate General.

After ten years of service at Judge Advocate General, Jhingan went on release in 2002 as a Major. Jhingan has always been a strong advocate for women joining the Indian army and defended that right over the controversial suicide of Lieutenant Sushmita Chakravarty in which the then Vice-Chief Lt Gen S Pattabhiraman had to apologize for an insensitive remark about women in the Army. 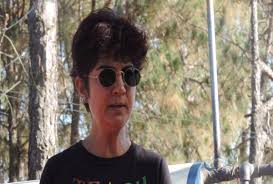 Life after retirement from Indian Army

After retirement, Jhingan cleared the Haryana Judicial Services but, ended up not joining the Judicial Service. She then completed a Bachelor’s in Journalism and Mass Communication and took up editing a weekly, Sikkim Express, in Gangtok.

In 2013, she was one of the participants of Khatron Ke Khiladi Season 1. In 2013, she joined Lawrence School, Sanawar as an English teacher and a House Mistress. Priya Jhingan is married to Manoj Malhotra, who retired as a Lieutenant Colonel from the Indian Army.  Lieutenant Colonel Malhotra is running an adventure sports company named PepTurf . The couple lives in Solan, Himachal Pradesh and has one son.