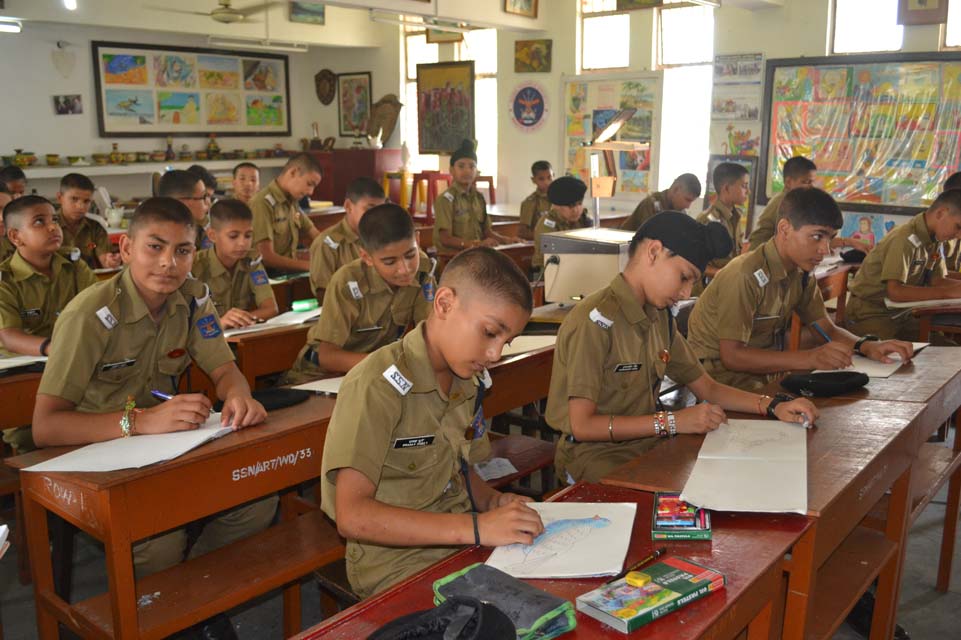 The concept of Sainik Schools was conceptualised in the mind of V K Krishna Menon, the then Union defence minister of India. At that time, Pandit Jawaharlal Nehru and Menon felt the need to open officer cadre of Armed forces to the common man from myriad backgrounds to remove the monopoly of the so-called martial races. They realised the need for infrastructural facilities to provide a high level of education and character development on public school lines. Therefore, schools with the sole purpose of providing public school education with a military bias were started in the country. The intake initially was mainly from rural areas so that the regional imbalance in the officer cadre of defence services could be removed. The main motive of these schools includes bringing quality Public School education within the reach of common man, all-round development of a child’s personality in order to prepare him for entry into National Defence Academy and to remove regional imbalance in the officer’s cadre of the Armed Forces.

The scheme to establish Sainik Schools originated in order to serve as an ideal residential educational institution for the deserving intelligent sections of the boys, hailing from the myriad backgrounds.  Moreover, the high levels of physical, mental and intellectual attainments needed for induction into the Officer Cadre of the Defence Services could not be nurtured in the common schools, mainly because of the lack of infrastructure facilities. The training imparted in Sainik Schools influences the students in shaping their social attitudes and meaningful approach to life in general in order to emerge as responsible citizens of India and leaders in different walks of life.

The Sainik Schools were established with the well-defined aims and objectives and having a very sound organizational structure which flowed right from the Ministry of Defence at the apex level and Local Board of Administration at the ground level where these schools are situated. The significance of Sainik Schools can be attributed to the fact that none other than the Raksha Mantri himself acts as the Chairman of the Board of Governors of Sainik Schools. To consolidate and streamline the smooth functioning and operations of Sainik Schools, they have been provided with three Service Officers for the posts of Principal, Head Master and Registrar as well as APTCC/NCC instructors in addition to the requisite skilled staff. These schools are designed in a well spread out land and have sophisticated facilities for imparting education and other skills in making their cadets an able officer of Armed Forces in future.